It’s the first week of May, so I figure we’d take a look back at the last month’s best singles and pair them with a beer list. In case you’ve been living under a rock (me, most of the time), Kendrick Lamar has released a new album. DAMN.’s 14 tracks plus “The Heart Part IV” demand to be on any playlist. To handle all the music, I have a tap list featuring some So. Cal favorites; an Oregon original; a Bostonian specialty; and one of the best porters I’ve had in a while—curtesy of Florida of all places. Expect the unexpected when it involves K. Dot and craft beer.

A double IPA that bucks the west coast tradition. This amber wave spills five varieties of hops, splashing fresh orange peel and tangerine rind on the palate. When the Mongo waves reseeds you’re left with a tasty bed of malt and piney bitterness. Until the next sip. This is a bold IPA, with a hurricane of flavor typically seen on the east coast.

A light, crisp, and refreshing Cerveza in a stubby bottle. Brewed with Pilsner malt, flaked corn and Celeia and Northern Brewer hops, this incredibly drinkable beer is another belt notch for Full Sail’s Session brand, accessible without compromising flavor—easier said than done. And with countless awards for their Session Premium Lager, Full Sail has cemented themselves as key leaders in the lager revival.

Their first release in the Leo V. Ursus Chronology. The beer jointly celebrates FW’s 20th anniversary and new Propagator brew house, which they are using for quarterly one-off releases. Fortem is the first of these beers. Not enough can be said about this IPA. It packs a huge tropical aroma. The first sip is a citrus tsunami of massive mango, tangerine and pineapple. This specialty brew comes unfiltered with an ABV that you’ll never notice.

Barrel-aged in addition to long, arduous brewing process, this Massachusetts-grown lager is a true cold-brewed labor of love. The lengthy conditioning periods renders this elixir silky smooth and with hints of chocolate rolled in oats and brown sugar. This one pours out of a pint-sized bottle in bourbony gobs. Anywhere else, and they call this a Stout. But it’s Boston-inspired. Pass the lobster roll.

A coconut-infused coffee porter that doesn’t skimp on either. Pours with a pillowey mocha head and wafts of creamy coconut. Appearance and smell are where this triple-headed combination of coffee, chocolate and coconut typically ends with lesser beers. But Funky Buddha has made these flavors even more prominent in the sip. This is porter worth seeking out—in the least likely of places.

*DAMN. by Kendrick Lamar*
In the first few spins, Lamar’s fourth LP seems like a series of punctuated meditations: Pride. Fear. Loyalty.—more a collection of songs than the a unified effort like To Pimp a Butterfly. But as you begin to unpack the album, the Kendrick Lamar as a Christ-figure narrative begins to emerge. The Easter weekend release is not a coincidence, and few things are with K. Dot.

“The Heart Part IV” by Kendrick Lamar
All that needs to be said about this song was said here. Listen. Be enlightened. 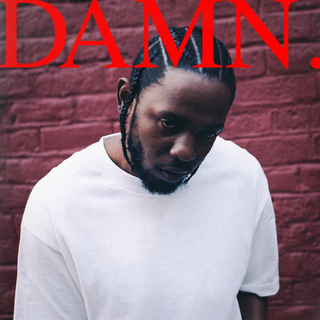 “In Cold Blood” by Alt-J
If not for you-know-who, this would be the single of the month. The first cut off the band’s much anticipated third full-length Relaxer set to arrive June 2 via Canvasback Music, “In Cold Blood” sees Alt-J at their most conventionally energetic yet most inspired, seamlessly transitioning from jitterbug verse to look-at-me chorus. Alas, the only bad thing about this song is that it has no reference to the Truman Capote novel.

“Darling” by Real Estate
A fun little dream-jangle from Real Estate’s forthcoming fourth effort. The guitars and bass swathe in dreamy synth textures as frontman Martin Courtney ripples with lyrics about the black and yellow finches in his best Elliot Smith copy.

“I Saw You Close Your Eyes” by Local Natives
Kudos to Local Natives for trying something new and interactive with this single. Their site that welcomes the release of this song instructs listeners to literally close their eyes. Check it out here. If Local Natives haven’t already transitioned from low-key accessible indie to full on mainstream chill, this song puts all doubts to rest.

REMEMBER TO CHECK THE WEBSITE FOR A LOOK IN REAL TIME OF EVERYTHING WE HAVE IN THE STORE AND GET A JUMP ON INCOMING VINYL BY PRE-ORDERING! WWW.SHUGARECORDS.COM