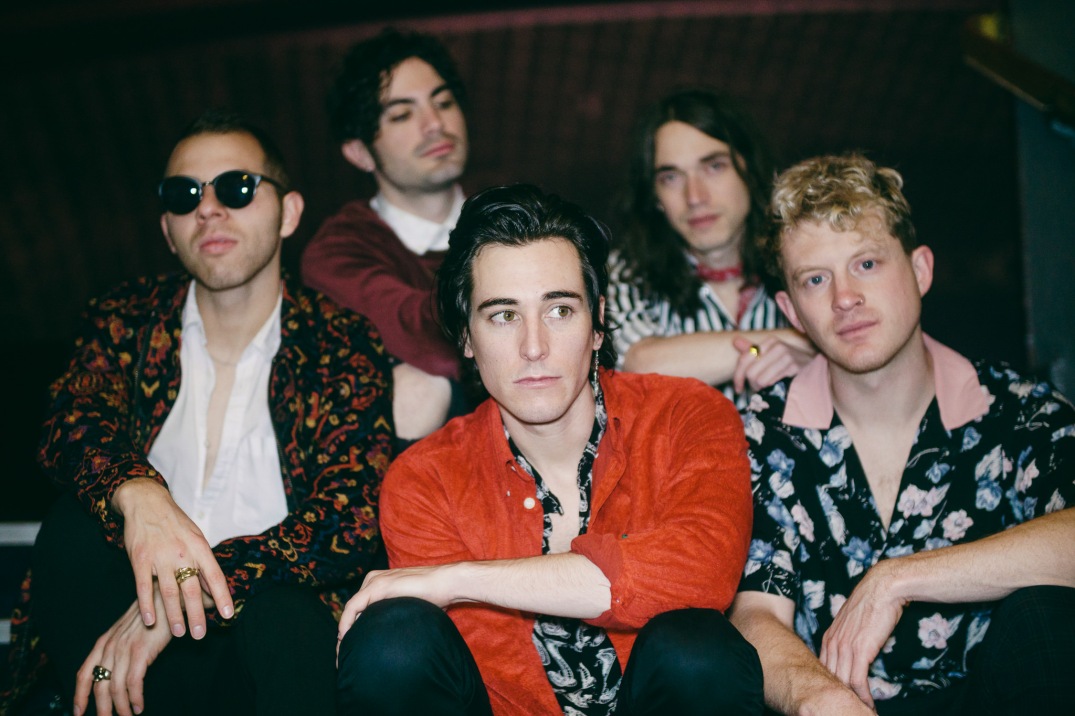 Over the past few years, Night Riots has toured relentlessly; from supporting the likes of The Maine and Andrew McMahon to their own headline runs, it seems like the five piece is constantly up on stage, engaging crowds in cities across the country. Night Riots’ discography showcases a wide range of different musical styles, but their contagiously catchy melodies remain consistent, as does lead singer Travis Hawley’s signature vocals, which have drawn frequent comparisons to The Cure’s Robert Smith. Hawley’s timeless vocals translate even more powerfully when he’s up on the stage, charismatically commanding the room’s attention with his magnetic stage presence and bond with the entire band. While their recorded music has this quality that makes it instantly like-able, Night Riots’ live show only amplifies that quality, making their concerts a must see.

If you still haven’t found your way to one of their gigs, make sure you change that this month as they tour nationwide with Silent Rival and courtship. The tour swings through Chicago on Friday, June 22nd, but before they hit the Subterranean stage, get to know them as they discuss their ideal companion in an elevator outage, their favorite Ewoks, how they stay entertained on the road and more.

You’ve been on tour with courtship and Silent Rival since the start of the month. What’s your favorite part of touring with each of these bands?

It’s been awesome to be with bands that are good people.  It’s not always the case that you get along with everyone you tour with but both bands are awesome and really talented.

Speaking of tour, you’ll be in Chicago again on June 22nd, and you’ve played in Chicago several times in the past. What are some of your favorite things to do here?

We try to make a point to stop by the Chicago Music Exchange.  That place is amazing…has so many guitars and synths and just rad music gear.  Also always gotta hit up a Pequod’s Pizza for that deep dish.

How would you describe your live show on this tour in 3 words?

Your song “Breaking Free” was recently featured in the show 13 Reasons Why...If you could pick any other TV show to have your music on, what show would you pick and why?

I’d want to go back in time and get a song on Star Trek TNG.  Maybe even have us be like a holodeck band or something.

You’ve had a couple new singles out this year, which are both great! What other plans for new releases do you have this year?

We’ve kinda been releasing unconventionally.  We aren’t necessarily releasing songs as legit singles.  We just want to get new music out there…maybe we will compile it into an album this year.

What are some of your favorite songs or albums from this year so far?

J. Cole’s new album KOD is rad.  Vacationer is putting out an album we are stoked for.  The new Kid Cudi/Kanye West album that just dropped is pretty tight too.

I saw your tweet the other day about the Gunslinger Series by Stephen King. What are some other books you’ve been into recently?

The Dark Tower series has been one of the best series I’ve read in a long time.  The scope and storytelling in it is remarkable. I think almost the whole band has read it at this point.  I just read The Stranger by Camus. I felt weird for a week.

Even though it seems like you’re constantly on tour and consistently working on new material, you guys are still really great with engaging fans on social media. What are some tips you have for managing your time with crazy tour schedules and how do you make sure to prioritize fan interaction?

At the end of the day the only reason we can continue what we do is because of the fans.  So I think it’s important to remember that. You need to be true to yourself and make art that is real but you also need to remember why you do it.  It’s fun and another way to be creative and think of new interesting ways to engage, entertain and help transport people out of their everyday lives… at least for a minute. Sticking to a schedule and consistency is key.

If you were stuck in an elevator with someone for a few hours, who would you want to be stuck with and why? (It could be anyone in the world.)

Probably Shaq because 1) He’d probably cradle you like a baby and calm you down 2) He could just rip the doors off and save you and 3) If it all goes to shit and you’re stuck, you could live off eating his body for like 6 months.

What’s one thing you’ve never been asked in an interview, but you’ve always wanted to talk about?

Who my five favorite Ewoks are.  Not in particular order they are: Chief Chirpa, Paploo, Teebo, Wicket, and Logray.

P.S- You can also grab a copy of Night Riots’ latest album in the shop or order it online here.