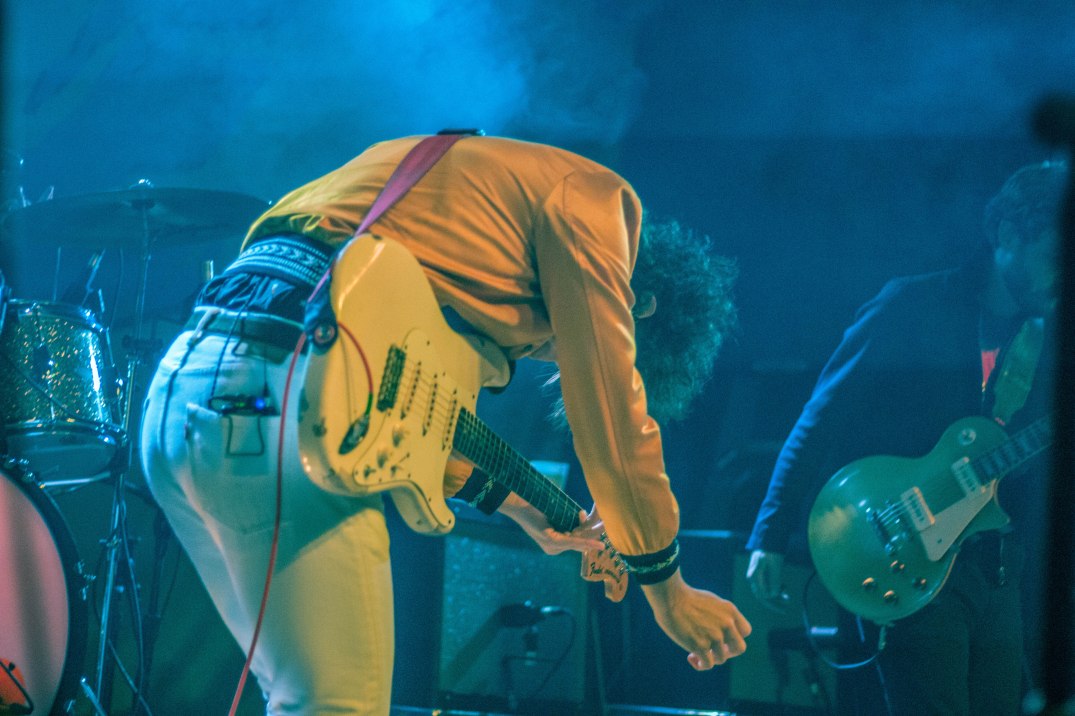 This past Friday night, The Marías and Albert Hammond Jr gave the sold out crowd at Bottom Lounge an unforgettable start to their weekend. Fresh off an intense SXSW schedule, The Marías joined Albert Hammond Jr on a stretch of tour dates supporting his latest album, Francis Trouble. While the weather for this April show may have been a little chillier than usual for this time of year, the Chicago audience still gave the LA natives a warm welcome, attentively listening and encouraging the band with claps and cheers between tracks from their velvety debut EP Superclean Vol. I. Throughout the set, the band’s lead singer, named–you guessed it–Maria, seemed completely at ease on the unfamiliar stage, her silky and dreamy vocals hypnotizing the room. By the time the band worked through their whole EP and even a cover of “Lovergirl” by Teena Maria, the audience had become so invested that they demanded an encore from The Marías. Unfortunately the band was unable to oblige as their stage time had come to an end, but hopefully they’ll return soon for a headlining show!

Next up, the legendary Albert Hammond Jr hit the stage with a burst of energy, which was immediately matched by the loyal and enthusiastic fans; the entire crowd loudly showed support by screaming along and dancing to the opening song “Caught By My Shadow.” Between songs, Hammond called out the audience’s noise levels with a nod of appreciation, telling the Bottom Lounge audience they had to be the loudest crowd yet on this tour. The electric dynamic between Hammond and the audience members remained in full swing the entire night; Hammond threw his all into his performance and the crowd would act as a boomerang, throwing the positive energy right back. Throughout the 90 minute set, Hammond and his band played songs from his discography, focusing on the brand new album Francis Trouble, released March 9th on Red Bull Records. While some fans may have been more familiar with every single song, singing along to the entire set, Hammond puts on the type of show that keeps an audience captivated for the entire show, no matter how familiar everyone is with the music. For fans old and new, Hammond created a safe space with his performance, where everyone could escape their troubles for the night and just focus on the pure entertainment and feel good vibes provided by Albert Hammond Jr.

In a world where we’re often laden with distractions, it’s rare to experience a performer as enthralling as Albert Hammond Jr, so if you get the chance to see his live show, don’t miss it. See the rest of Hammond’s tour dates here.

Grab your copy of Francis Trouble at the shop, or online here! 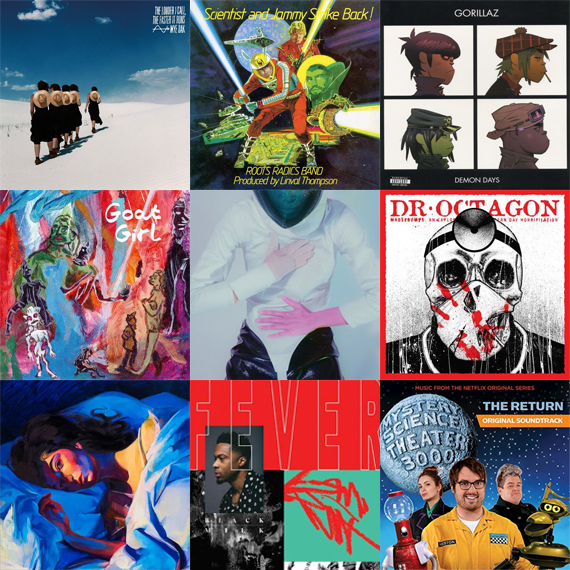 -Signed by the band

-Insert sheet from the band

This past Friday night, The Metro hosted an unforgettable show with Wolf Alice and The Big Pink

After fellow Londoners in The Big Pink warmed up the already jam-packed Wrigleyville venue, the crowd buzzed with anticipation for Wolf Alice to take the stage. Returning for the first time since July, when they played a special, one-off show at Schubas Tavern, the four piece had yet to play Chicago since the September 2017 release date of their sophomore album, Visions of a Life. For many of the fans at The Metro, this would be their first time seeing Wolf Alice in years, as their special Schubas show sold out in minutes, allowing just under 200 lucky fans to get tickets.

This time, more than 1,000 enthusiastic fans enthusiastically soaked up Wolf Alice’s remarkable live show. Very few bands are able to create something as special as Wolf Alice does, without any fancy bells and whistles or special effects; their live shows are driven by each band member leaving everything they have on the stage each and every night. Throughout the band’s entire discography, lead singer and guitarist Ellie Rowsell has demonstrated an incredible, emotive ability with her vocal range and technique, singing in a delicate falsetto in one song (or even one moment of a song), before transitioning right into a hearty growl in another. Live, Rowsell not only keeps up with her vocal ability in the studio version, she amplifies the power behind each and every lyric. Just like Rowsell throws her emotions and entire energy into her singing onstage, she and her bandmates all do the same with their instrument playing. Throughout the show, bassist Theo Ellis and guitarist Joff Oddie remained in motion the entire time, flinging around their guitars, holding their instruments up, and stepping out onto the edge of the stage to add even more passion into their already energetic playing.

The concert on Friday acted not just as a return for Wolf Alice to play new songs, but it happened to be the band’s biggest headlining concert in Chicago yet, Ellis told the crowd. Despite the size of the crowd, everyone remained hooked on the show the whole time as the band played through songs old and new. Wolf Alice kept the audience on their toes as they weaved in songs from 2015’s My Love Is Cool with 2017’s Visions of a Life, following up new songs like “Don’t Delete The Kisses” and “Planet Hunter” with “Bros” and “Lisbon” from the debut record. When the set started winding down, Wolf Alice treated the crowd to a surprise, when they brought out a fan to accompany them during their hit “Moaning Lisa Smile.” Prior to the show, the band had tweeted asking for fans to send them videos of them playing the track on guitar, and guitarist Elaine Simmons from St. Louis made the cut. Simmons took over the guitar playing for Rowsell, allowing Rowsell to have the freedom to roam around on stage rather than remaining stationary by her microphone stand.

After an explosive performance of the fast-paced song “Fluffy,” the band left the stage, only to be summoned back for an encore. Juxtaposing the gritty performance of “Fluffy,” the encore started with the goosebump-inducing and stripped back track “Blush” from the band’s earliest EP. Rowsell commanded the sold out crowd’s attention with just her voice and guitar at the start of the song, and even as the song built up, the audience remained hypnotized. The spell broke and everyone went wild for the final song of the night; “Giant Peach.” Rowsell ended the magical evening on a high note, stagediving and crowdsurfing at then end of the song.

This show may have been Wolf Alice’s biggest Chicago show yet, but as the sea of devoted fans filed out of the theatre with huge smiles plastered on their faces, it was clear that the band will be warmly welcomed back, only to play bigger and bigger venues.

Wolf Alice remains on tour throughout the Summer–do not miss them in a city near you. See all of their tour dates here, and order a copy of Visions of a Life from the Shuga Web Store here.