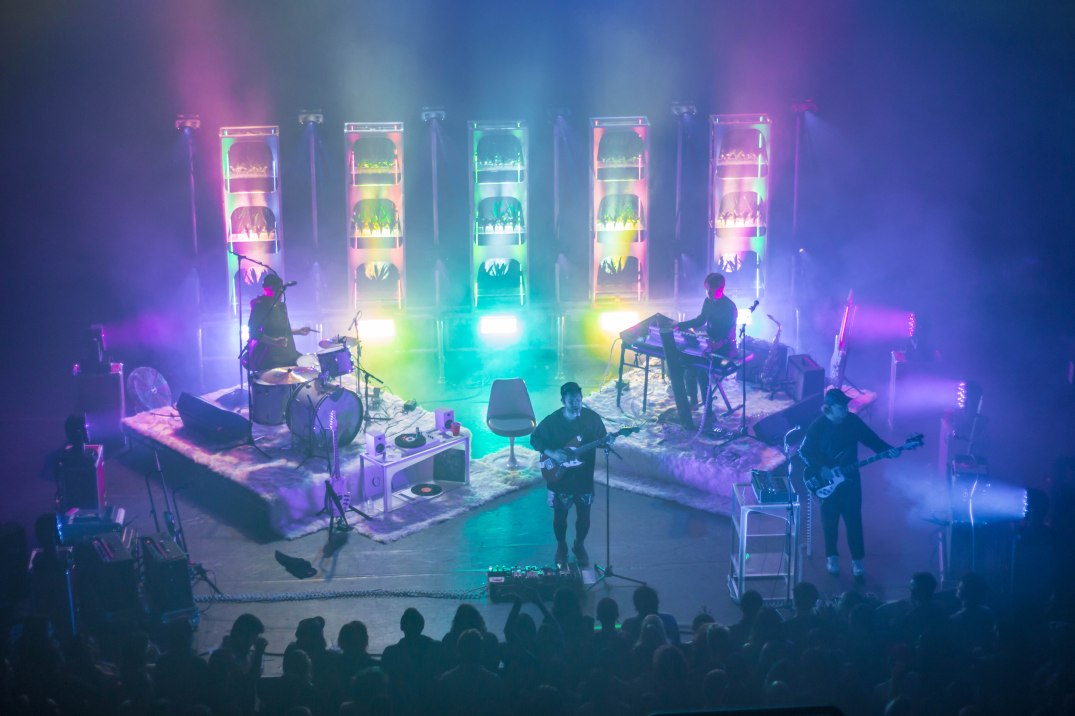 This past Thursday night, Unknown Mortal Orchestra returned to Chicago for the first time since 2016, touring in support of their latest record Sex & Food, out April 6th via Jagjaguwar Records.

The 90 minute set started off heavy with songs from Unknown Mortal Orchestra’s early catalog, easing the crowd into their new material. The night kicked off with”Ffunny Ffrends,” a track from the band’s debut, self-titled record, which was followed by “Swim and Sleep (Like a Shark)” from their second album. As the setlist weaved through the band’s diverse discography, frontman Ruban Nielson and the rest of the band maintained an incredibly tight sound throughout the entire show. While the performance remained incredibly sharp, the band also had a relaxed and infectious energy about them, often extending out their tracks with instrumental breaks that added depth to the live experience of their records.

Early on in the evening, during “From The Sun,” Nielson actually jumped into the crowd with his guitar and played his way through the entire room, even making it up to the balcony. From that moment on, the crowd’s eyes clung to the stage, the audience eager to soak up the showmanship and musicianship that Unknown Mortal Orchestra has expertly honed in on over their years together. While the band exuded an incredible stage presence, an intricate lighting show backed them, adding another facet to their live production. Between the production quality, the setlist selection, and the chemistry of the band members, Unknown Mortal Orchestra put on the perfect show.

If you get the chance, do not miss Unknown Mortal Orchestra on this tour–see the remaining dates here.

Photos of Unknown Mortal Orchestra at The Vic, May 3rd, 2018

You can grab your copy of Sex & Food at the shop or on the web store here, and keep up with UMO on Instagram and Facebook.