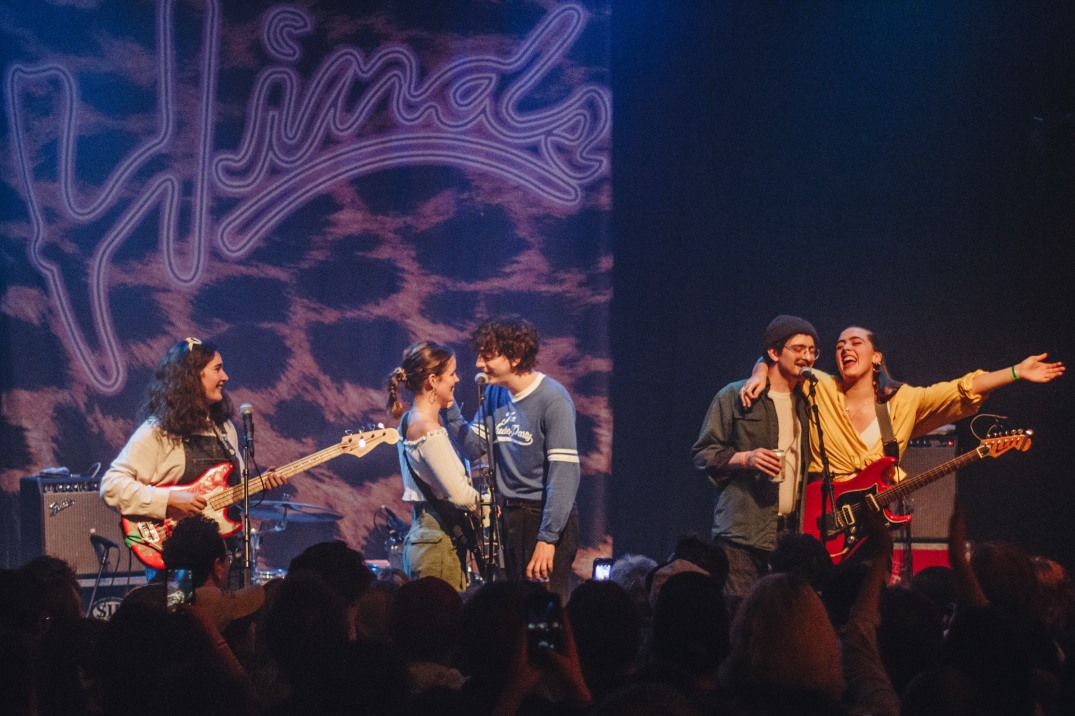 Madrid quartet HINDS was number one on our most anticipated acts of TNK Fest 2018, and they definitely did not disappoint during their show this past Sunday! They closed out the annual winter, multi-day and multi-venue festival at Lincoln Hall, following rowdy performances from openers Peel and Sløtface.

Bursting onto the stage to the sounds of “You Sexy Thing” by Hot Chocolate on the house speakers, the four piece immediately let the audience know that they were in for a light hearted and energetic performance filled with good vibes. The last time HINDS had played one of their endearing and energetic shows in Chicago was back in May of last year, where they packed The Empty Bottle for a free Red Bull sponsored show. The Lincoln Hall audience welcomed HINDS back to town with open arms; eagerly soaking up their irresistible and lively lo-fi rock tunes.

The band kicked off the evening with one of their most popular tracks, “Garden,” from the 2016 album Leave Me Alone, and the set that followed kept the audience engaged and enthralled from start to finish. Between playing even more crowd favorites from the same album, like “Castigadas En El Granero” and “Chili Town,” Carlotta Cosials talked about how Chicago almost felt like a second home to them, even though they came a long way from Madrid to play a small run of North American tour dates. In addition to the handful of shows HINDS have played in town, they also played an entire tour with Chicago’s Twin Peaks, and of course, Twin Peaks showed up to support their former tour mates and now friends for their show at Lincoln Hall.

The band also talked about some exciting news they had just shared earlier in the week; a new album and another expansive tour in the Spring. Accompanying the news of the album, I Don’t Run, HINDS released lead single “New For You,” which they played amongst their other setlist staples. After delivering nearly an hour of their catchy tunes at a non-stop pace, HINDS left the stage briefly, only to return for an encore that kicked off with a surprise. Twin Peaks members Clay Frankel and Colin Croom took the stage to give HINDS a hand with a cover of “Sweet Thing” from Twin Peaks’ Wild Onion LP, giving HINDS’ show in Chicago a special hometown touch.

If you missed out on this performance at Lincoln Hall, don’t sweat too much…HINDS will be back at the same venue during their upcoming tour! Grab tickets to their May 15th show here, and check out the rest of their tour dates right here.

Photo gallery of Sløtface, Peel, and HINDS by Catalina Florea

While you wait for HINDS to play in a city near you, pop into the store to grab one of their records, or order one from the online store here.